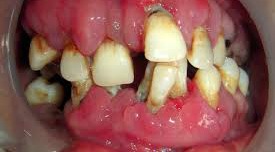 Although normally found in children, it can affect people of any age.

Another study, published in 2002 in the Journal of the Canadian Dental Association, suggests that the condition usually shows up during two periods in life (2). “The age at onset of AHGS has been reported to have 2 peaks. The main one is during childhood, usually between the ages of 6 months and 5 years, and the second peak occurs in the early 20’s (2).” 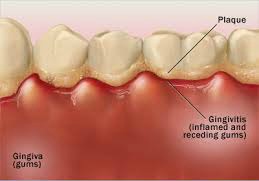 Research shows that the severity of signs and symptoms is dependent on the strain of the herpes virus and the health of the immune system.

Once HSV invades the body, viral replication occurs. The newly formed herpes virus come into contact with sensory nerve endings, and then travels to ganglia, which is a mass of nerve cells, where it establishes a latent infection. (2)

“The severity of the primary infection (which occurs in the gums) depends on the degree of viral replication, the host’s response to the foreign pathogen, and the speed with which latency is established (2).”

In addition, the frequency and severity of recurring herpes gum infections depends on the “general immunological status (2).”

Gingivitis is a condition most people are familiar with. They hear about it all the time when they go to the dentist. However, most people don’t realize that it can be a result of their herpes virus.