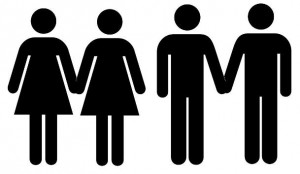 For every year increase in age, the odds of being infected with HSV-2 increased by 5.0%.
— Dr. Okafor

A study suggested that gay men are an “at risk,” and “vulnerable” population when it comes to genital herpes infections. (1) As Dr. Brito and colleagues wrote in another study, “Gay men, other men who have sex with men and transgender women (GMT) … are at high risk of acquiring sexually transmitted infections (STIs) … the majority (91%) had a recent history of concurrent sex partners. Only 43% reported using condoms in every sexual encounter. More than half were identified as gay, bisexual or transgender, while almost one-quarter reported being heterosexual. (2) Dr. Brito is from the Division of Infectious Diseases at the University of Illinois.

Yet another study showed that genital herpes (HSV-2) infection rates in the gay male population are higher than in the general population. It also showed that there is a large racial disparity in those infection rates. As Dr. Okafor and colleagues wrote, “In the US, non-Hispanic blacks have the highest life-time seroprevalence (41.8%) of HSV-2 with prevalence nearly four times that of non-Hispanic whites (11.3%).” (3)

The study found that “overall seroprevalence of HSV-2 was 19%, and black MSM were more likely to have HSV-2 infection than white MSM.” Importantly, the researchers found that “for every year increase in age, the odds of being infected with HSV-2 increased by 5.0%.” (3) The study did not explain the reason for these differences.

The CDC notes that gay men should “Be Safer: Getting tested regularly and getting vaccinated are both important, but there are other things you can do to reduce your risk for STDs. Get to know someone before having sex with them and talk honestly about STDs and getting tested – before you have sex. Use a condom correctly and use one every time you have sex. Think twice about mixing alcohol and/or recreational drugs with sex. They can reduce your ability to make good decisions and can lead to risky behavior-like having sex without a condom. Limit your number of partners. You can lower your risk for STDs if you only have sex with one person who only has sex with you.” (5)

Are there drugs or vaccines that prevent a herpes infection?

There are no approved drugs or vaccines that prevent a genital herpes infection.

Herpeys is most common in gay men and other men who have sex with men or transgender women. Additionally as a person gets older the higher there odds of being infected with HSV increase substantially and there are no drugs or vaccines that can prevent herpes infections.

(5) CDC.gov – CDC Fact Sheet: What Gay, Bisexual and Other Men Who Have Sex with Men Need to Know About Sexually Transmitted Diseases