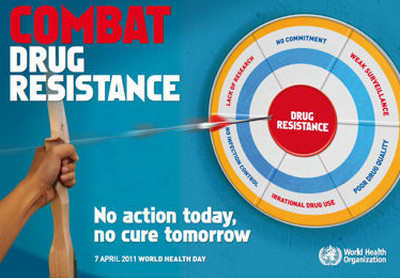 Alternative drugs, with better safety, are much needed since resistance of the herpes virus to Acyclovir is on the rise. – The British Medical Bulletin (1)

The Varicella Zoster Virus (VZV), which causes herpes zoster (also known as Shingles), is becoming resistant to the anti-herpes drug Acyclovir. This is according to a study published in the Journal of Clinical Virology on June 4th, 2013. (2) 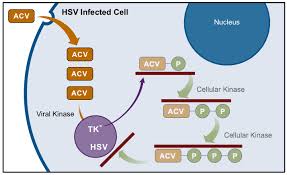 This is a graphic on HSV and acyclovir resistance. The virus is different from VZV, but it should be noted that VZV is also a herpesvirus.

“Valacyclovir (VACV), the oral prodrug of acyclovir (ACV), has been extensively used as the first-line drug (against VZV and HSV) because of its high antiviral efficacy …however, resistance to ACV… may impair drug efficacy and patient recovery.” (2)

Importantly, it should be noted that “resistance of HSV and VZV to acyclovir can result from qualitative and quantitative changes in the viral TK and/or DNA polymerase. Clinical isolates of HSV and VZV with reduced susceptibility to acyclovir have been recovered from immunocompromised patients, especially with advanced HIV infection. While most of the acyclovir-resistant mutants isolated thus far from immunocompromised patients have been found to be TK-deficient mutants, other mutants involving the viral TK gene (TK partial and TK altered) and DNA polymerase have been isolated. TK-negative mutants may cause severe disease in infants and immunocompromised adults. The possibility of viral resistance to acyclovir should be considered in patients who show poor clinical response during therapy.” (3)

“Clinicians should monitor local, state, and national recommendations … to determine the most appropriate treatment practices and receive updates on antiviral resistance profiles of the circulating viruses.” – CDC (4)

“Acyclovir resistance creates a need for a new herpes remedy that boosts the immune system and that is effective against VZV.” – Greg Bennett, CBCD