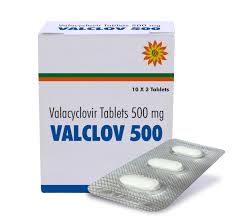 The American Journal of Therapeutics notes that, “Serious neuropsychiatric side effects have been demonstrated with the use of valacyclovir (Valtrex)….” (1) 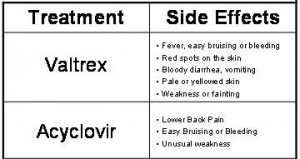 “Valacyclovir is an antiviral drug. It slows the growth and spread of the herpes virus so that the body can fight off the infection.” (3) It is also the most popular drug prescribed against Genital Herpes infection due to its “ease of administration….” (1)

However, problems with brain function are just the tip of the iceberg. Drugs.com reports a laundry list of Valtrex side effects, including “Gastrointestinal side effects (that) have included nausea (up to 15% of users), abdominal pain (up to 11% of users), and vomiting (up to 6% of users). (4)

Other side effects include:

These side effects are listed as “common.”

It therefore makes one wonder why an individual would take a medication to get rid of one symptom, only to trade that symptom for others.