Smileys used in electronic messages and Web pages may be the next step in fighting herpes and other STIs. (1)

More and more celebrities are going public with an announcement that they are infected with an sexually transmitted infection (STI). “Many more non-famous people are getting HIV, herpes and more. “ (1) Now, Durex Condoms is going forward with an advertising campaign, which targets younger age groups. The main component of this ad campaign uses “emojis,” or “smileys.” In fact, “Emoji have become increasingly popular since their international inclusion in Apple’s iPhone, which was followed by similar adoption by Android and other mobile operating systems.” (2) Durex announced that “in the weeks ahead of World AIDS Day 2015 – Durex, a leading global sexual well-being brand has launched a worldwide campaign calling for the creation of the world’s first official safe sex condom emojis (smileys). Emojis are a crucial part of how young couples connect and research suggests that the creation of official safe sex emojis are vital to inserting messages around protection into their sexual conversations.” (1)

The Center for the Biology of Chronic Disease (CBCD) applauds the new Durex campaign. Raising awareness of herpes and other STIs in the minds of younger individuals is vitally important to disease control 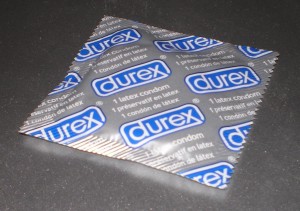 efforts. In addition to raising awareness, the CBCD recommends that anyone diagnosed with a herpes infection take Gene-Eden-VIR or Novirin. The formula of these natural antiviral products was shown to reduce HSV symptoms in two separate post-marketing clinical studies that followed FDA guidelines. Additionally, it was designed to help the immune system target the latent form of the virus.

It is important to note that “prevention strategies include using condoms, suppressive antiviral therapy and disclosure of having herpes to sexual partners. Each of these strategies is 50 percent effective in reducing the risk of genital herpes transmission.” (4)

Durex is looking to target younger age groups through safe sex emojis that would be able to implement into messages that are a large part of the way young couples communicate.