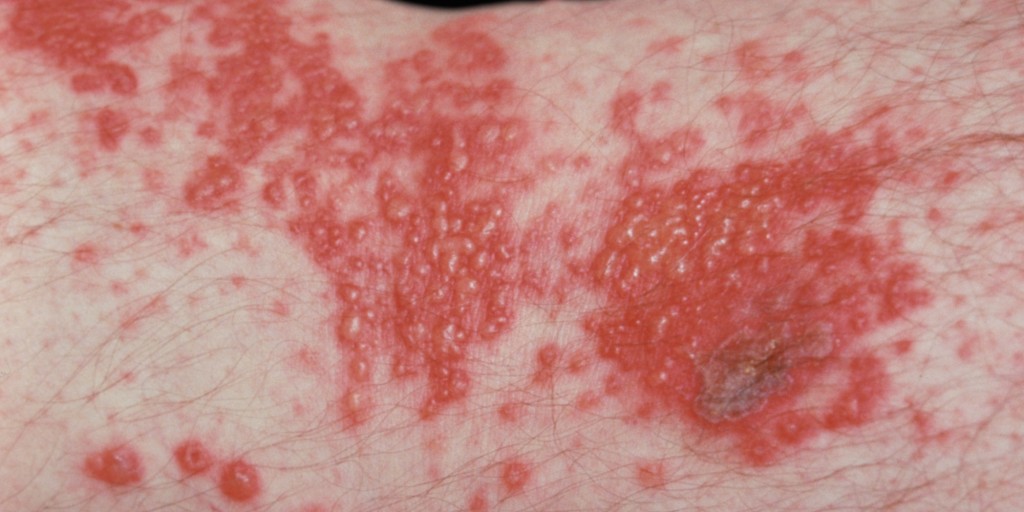 Herpes Zoster or Shingles on a human arm.

The elderly who develop HZ (shingles) often have underlying diseases and are at increased risk of disability. (1)

Herpes Zoster (HZ), commonly called shingles, is a distinctive syndrome caused by reactivation of varicella zoster virus (VZV), which also causes chickenpox. VZV is a herpes virus. A review of the scientific literature published in BMC Public Health found that people throughout Europe develop shingles more often as they age. (1)

Dr. Bricout and colleagues wrote that “This review confirmed that, in Europe, HZ incidence increases with age, particularly after 50 years of age. Similarly, data on the percentage of HZ cases who develop PHN are available across EU. PHN, defined as HZ-associated pain lasting for at least three months, has been reported to occur in 10% to 20% of patients. However, the prevalence and severity of PHN increases with age, and has been reported to be as high as 60% to 70% of patients aged ≥60 (over 60).

In people aged over 50 years, there is a higher rate of HZ-associated hospitalization and HZ and PHN have a greater impact on the quality of life of patients and their relatives.” (1) In other words, the older a person gets, the more dangerous the virus becomes. That is, the older a person, the more likely the person can die from the infection.

In the same review of the medical literature, scientists found that in addition to  severity of the disease, death rates also increase with age. Dr. Bricout and colleagues wrote that “the HZ mortality (death) rate varied by gender and was generally higher in women.” (1)

Interestingly, the scientists found that in certain countries, men had higher HZ mortality rates. These countries included Spain, Italy, France, and Denmark. Dr. Bricout and colleagues are from the Epidemiology Departmentat Sanofi Pasteur MSD, in France.

Shingles is a disease that causes a lot of pain in those who develop it. The older an individual becomes, the more that person risks developing shingles. This may be due to a decline in the efficiency of the immune system that occurs naturally as a person ages.