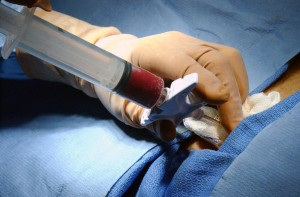 he National Enquirer claims that Cher is “fading fast” due to infection with the Epstein-Barr Virus. (1)

The virus can reactivate in a person who hasn’t shown symptoms for years.
— Starpulse.com

According to a report, mega-celebrity, Cher has been battling an infection with the Epstein-Barr Virus (EBV) since the early 1980’s. However, recently the star was reported to be heading to Germany “to receive treatment for some sort of ‘killer virus.’ While Cher said that she was in Europe for work, a source said that she was receiving stem cell replacement therapy that is not available in the U.S. (likely meaning it’s not FDA approved).” (1) The National Enquirer quoted a “source” who said that ‘Cher is fading fast. There’s no hope for her. Going to Germany was really a Hail Mary pass to find some sort of ‘miracle cure’ for the virus that’s killing her. Time is running out, and Cher is very aware of it. But she doesn’t want anyone to know exactly how dire her health condition is. So, she covered up the whole thing in a tweet to her fans.’” (1)

While the Center for the Biology of Chronic Disease (CBCD) does not have first hand information regarding Cher’s health, the Center reminds the public that the EBV is responsible for infectious viral mononucleosis. The virus has also been linked to a number of cancers.

In fact, EBV is very common. “EBV infects B and T lymphocytes of more than 90% of the general population before adulthood. Primary infection results in transient viremia (a temporary, acute infection with clear symptoms) followed by a rapid immune response.” (2) As noted above, EBV is also associated with a growing number of cancers.

EBV infection has two phases, acute/reactivation and latency. During the latent phase, the virus continues to replicate on a small scale, and produces only some of its proteins.

“The virus can reactivate in a person who hasn’t shown symptoms for years … (but) … Cher really downplayed the whole thing … she climbed off her ‘death bed’ to head to Germany.” (1) The article, which described Cher’s alleged condition suggested that the treatment for EBV infection was merely drinking lots of water and getting rest. However, this is not the case. 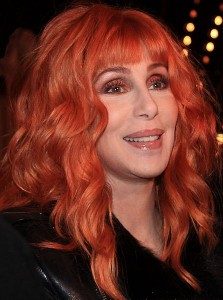 What treatments are available for EBV infections?

“A few antiviral drugs are available that were shown to inhibit EBV replication in cell culture. These drugs include the acyclic nucleoside analogues aciclovir, ganciclovir, penciclovir, and their respective prodrugs valaciclovir, valganciclovir and famciclovir, the acyclic nucleotide analogues cidofovir and adefovir, and the pyrophosphate analogue foscarnet. However, clinical studies have shown that these drugs are mostly ineffective in humans.” (3) There are also natural antiviral products that studies show to be safe and effective in reducing EBV symptoms. Two of these products are Novirin and Gene-Eden-VIR.

EBV, HPV and other similar viruses can re-emerge in a person who hasn’t shown symptoms for years and even grow in severity and harshness.